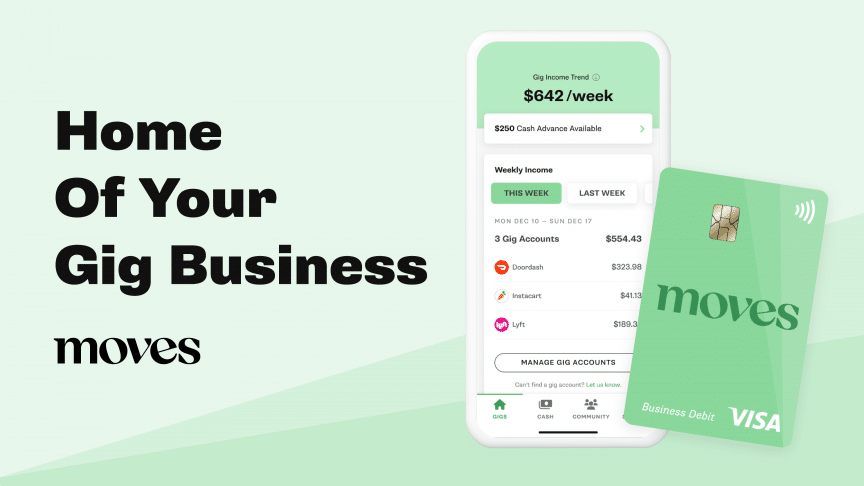 Moves Financials is a fintech startup with a mission: it is aiming to build a Digital Credit Union for gig economy workers. Founded in 2020 and based in Toronto, Canada, the Moves app offers various financial services for gig workers, including the Moves Collective feature which enables users to earn stocks from the gig economy platforms they work for such as Uber, Lyft, Doordash, and Grubhub.

In the past decade, it has become clear that gig workers’ unsatisfactory working conditions and lack of workers’ rights are deep-seated issues in the way many Gig Economy platforms operate. Gig workers around the world have been engaged in continuous protests over these problems, and regulators in various countries have been moving forward with legislative efforts to classify gig workers as employees rather than independent agents.

Due to these issues, gig workers often experience an inability to benefit from the economic value they generate for gig-working platforms. This can result in dissatisfaction with their job, which in turn is causing high turnover rates in the gig economy. According to an interview with TechCrunch, Moves Founder & CEO Matt Spoke shared that most gig platforms suffer from this problem: “a massively high percentage of driver and worker churn rates.”

Moves’ solution to this problem is based on one core idea: If the gig workers have a way of becoming shareholders of the platforms they work for, their interests become “economically aligned” with their gig-work providers. Furthermore, if enough gig workers become shareholders, they could start to have an impactful voice in influencing the platform companies’ business decisions, thus ‘forcing’ the companies to seriously take their wellbeing into account.

What can Moves do for gig workers?

The Moves app includes a variety of financial services for gig workers, including a dashboard for users to track and analyse their income from up to 15+ different gig companies, a monthly spending account, and instant cash advance of up to $1,000 with no interest attached. With the help of these tools, gig workers can become more empowered in managing their work and finances, and make healthier financial decisions.

Furthermore, as mentioned earlier, the Moves Collective program enables gig workers to earn shares in some of the world’s biggest gig economy platforms, as they use the Moves app to earn and manage their money. Not only does this provide workers with better economic returns for gig work, it also aligns the interests of gig workers and gig platforms. Thus , at scale, the program can potentially reduce the churn rate of gig workers, incentivizing them to stay longer with the platforms they work for. Currently, Moves Collective is a beta invite-only program, with more invites planned to be released in the coming months.

After launching the app in the US in March 2021, Moves had gained members across all 50 states, and had seen $58,676,603 of annualised gig earnings across all members. As for the Moves Collective initiative, since its launch in September 2021, the program is starting to hold a growing number of shares in various gig economy platforms. 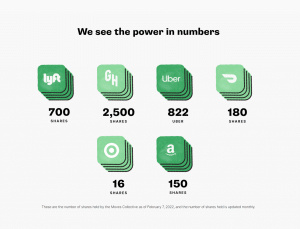 To stay updated and learn more about Moves’ activities in 2022, please visit the Moves official website, and follow Moves on LinkedIn.